In blind people, the part of the brain usually used for vision can be commandeered by other senses, resulting in improved hearing and touch. It’s an amazing testament to the brain’s ability to adapt. But now, Jorg Lewald reports that prolonged blindness isn’t needed for this kind of adaptation to occur – just ninety minutes blindfolded can enhance your hearing ability!

Next the participants spent 90 minutes sitting quietly with the blindfold on. Crucially, when they repeated the task after this, their accuracy was improved as they no longer underestimated the location of the sounds as much, especially when the sound was from a more central speaker. In fact their performance had become more typical of a blind person performing this kind of task. However, the enhancement was easily reversible - 180 minutes without the blindfold returned their performance back to normal.

A control group of twenty participants who were only blindfolded during testing, showed no such improvements from one session to the next.

Lewald argues his finding is consistent with the idea that the visual cortex is actually a multi-sensory area, with short-term light deprivation serving to jump-start the auditory circuits found in this brain region.

“Processes of short-term crossmodal plasticity may thus be based on rapid enhancement of these pre-existing neural circuits that, possibly, play a role also in the development of long-term plastic changes with blindness”, he said. The current finding is consistent with earlier research showing enhanced touch after short-term sight deprivation.
_________________________________ 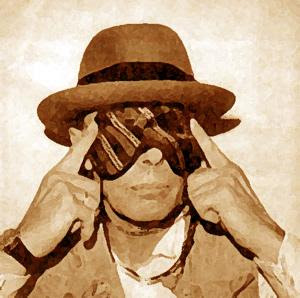