How The Brain Controls What The Eyes See

ArtScience students are probably familliar with the well known optical illusion as depicted below. We see either a vase or the faces of two people. What we observe depends on the patterns of neural activity going on in our brains and entirely depends on changes that occur in our brain, since the image always stays exactly the same. When viewing ambiguous images such as optical illusions, patterns of neural activity within specific brain regions systematically change as perception changes. More importantly, patterns of neural activity in some brain regions are very similar when observers are presented with comparable ambiguous and unambiguous images. The fact that some brain areas show the same pattern of activity when we view a real image and when we interpret an ambiguous image in the same way implicates these regions in creating the conscious experience of the object that is being viewed.

Findings from these studies may further contribute to scientists’ understanding of disorders such as dyslexia - a case in which individuals are thought to suffer from deficiencies in processing motion - by providing information about the functional role that specific brain regions play in motion perception. 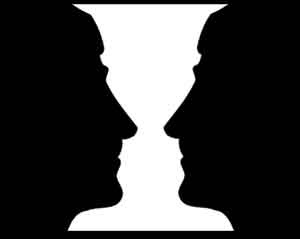